Showing posts from April, 2015
Show all

April 14, 2015
In addition to using several programming languages, I also like to experiment with different web infrastructures. A few weeks ago I switched from using gmail as my primary email service to using fastmail.com. I still use gmail as a backup email and for my Google identity but I decided that I liked Fastmail a bit better and the yearly cost is not much. The other change I have made is switching my www.markwatson.com web site from a Ruby + Sinatra web app on my own server to a PHP app running on Google's AppEngine. My absolutely favorite feature of AppEngine is the rolling system logs that can be checked easily from the AppEngine console. When I worked at Google in 2013, I loved the internal development environment (Borg, online system logs, the Cider IDE, and much more). Using AppEngine is, in a small way, reminiscent of Google's internal environment - at least enough so to make me nostalgic :-) I have never been a huge fan of PHP although I have used it over the years for
Post a Comment
Location: Sedona, AZ 86336, USA
Read more

My two Clojure projects, life in Sedona Arizona, and my new book project 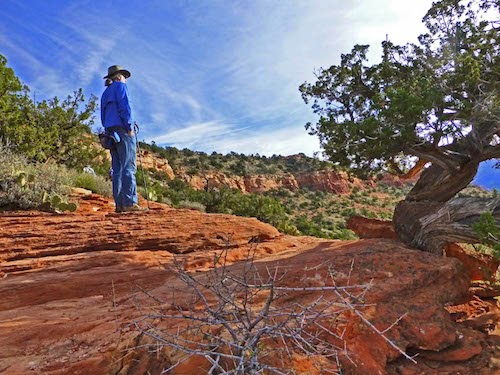 Two Clojure projects? Well, actually, I had just one Clojure project until today. I refer to my project as KB2 (KnowledgeBooks.com 2) and it is basically a kitchen sink for everything that I thought that I wanted in a personal (and perhaps small group) research and content management system: A personal version of Evernote: allows me to collect eBooks, web pages snippets and notes in a personal repository that is searchable. I use a Firefox add-on I wrote to capture multiple selections on web pages and send them to the web app. Uses NLP to identify entities in eBooks, web pages and notes and add an information icon that provides DBPedia (WikiPedia) information on the fly. Uses the Bing search API to find information on what my NLP analysis code considers if the main topic of eBooks, web pages and notes. I enjoy meditation (also practice Yoga since about 1975 and Qigong for about two years) and after my early morning mediation this morning I had one of those ah-ha moments: In us
Post a Comment
Read more
More posts